At the top of 2017, we brought you a pretty comprehensive comparison article that positioned Face Recognition companies, including us, side by side for a look at how we all stacked up.

Since then, there’ve been some incredibly important developments in the industry— so we’ve decided to revisit, and revise, the list. Only this time around, we’re acknowledging some major evolution in Face Recognition— less to do with the specs of innovation— and more focussed on the increasing demand for social awareness and responsibility in the industry.

Unless you’ve been living on the fringe of civilization since about late Spring, you’re probably aware of the aggressive media storm Amazon has come under for the sale of their face rec product, Rekognition, to law enforcement for use in civilian surveillance.

This news abruptly made the world aware that face rec isn’t just a cool iPhone security feature, but a serious tool that can be leveraged in ways that advance a technologically enabled police state.

The data speaks for itself.

What’s wrong with that?

Let’s say for the sake of getting to the ‘right now’ root of the problem, we’re totally ok with the idea of government surveillance being funneled into law enforcement actions. Like, we’re confident that such a system would be used exclusively to serve and protect us. The larger issue, the one that is of most immediate concern when face recognition is used by government— is the inherent bias that exists in face recognition software.

It’s real— and in the case of law enforcement application, potentially quite dangerous. You can read much more about that here — but the abbreviated explanation is, algorithmic bias in face rec software—everyone in the industry’s software—mis identifies people of color at a much higher rate than anyone else.

In a stunning op-ed, the CEO of facial recognition company Kairos argues that the technology’s bias and capacity for abuse make it too dangerous for govt use.

So unless you happen to be a card carrying member of a certain organization— you see the problem. It’s such a problem in fact, that organizations like the ACLU have gotten involved, calling serious attention to the dire need for regulation in the industry.

Many of us are committed to improving our algorithms internally, which is positive— yet there are currently no industry-wide benchmarks for bias and accuracy in face recognition. It’s become a bit of a scramble, as explained pretty clearly in a great piece by The Verge; ‘The tech industry doesn’t have a plan for dealing with bias in facial recognition ’

The conversations that have been created around this technology that the world was basically unaware of only a couple of summers ago— are manifesting a movement— activism— around government exploitation of transformative technologies, by questioning if they are even ready for what they are being called upon to deliver.

What this means to us.

For Kairos, when we gauge our ‘competition’ headed into 2019, we’re considering business practices around the sale of face rec technology to governments/law enforcement even more important than technological functionality. Because really, give or take a feature, all of the major players in this industry offer similar capabilities in our face recognition software.

Yet, what is most dramatically, and arguably most detrimentally different, is the way all of us, in this example, Kairos, Amazon, Microsoft, Google, Face++ and SenseTime— approach decisions about who we sell our software to.

If you’re here specifically to check specs around face recognition software capabilities and become familiar with just how many companies now exist in the space— because there are a lot of them— I have that for you. But first, I’d like to give you a window to the souls of 5 companies commanding the industry right now…

What you learn, may surprise you.

I suppose it’s easiest to lead with Amazon, since they’re currently the most visible example of what many consider the misuse of face recognition. In fact, they may have of fallen on the biggest ethics sword in modern tech history. They’re actually being pummeled by the ACLU who recently demonstrated that Rekognition mistook members of Congress for criminal suspects — provoking a group of 25 members from Congress, Senators and Representatives of both parties to demand answers.

In a study by ACLU, Amazon Rekognition was shown to mis identify 28 members of congress. Image: © 2018 ACLU

It’s also important to note that while they are singularly, and in my estimation, unfairly, taking the heat for government engagement all alone— they definitely aren’t alone in their engagement of transformative technologies like face rec with government agencies.

As Amazon takes the lion’s share of public protest and mediafire, Microsoft is out here living their best government contract life. In terms of using their face recognition in their government solutions, so far Microsoft claims they have not. But they have engaged US Immigration and Customs Enforcement, yes, ICE, in the use of their cloud computing service.

And though they deny employing face rec in their engagement with the government agency, proposed—even implied—use of face recognition at the border is in alignment with Microsoft’s current policies around government engagement.

Aside from being ‘outed’ by employees for their involvement with ICE, they currently have a dedicated page on their site for government business solutions .

The employee protest , as expressed in an open letter to chief officer Satya Nadella, stated “We believe that Microsoft must take an ethical stand, and put children and families above profits.” While Microsoft has not indicated interest in non renewal of their contract(s) with ICE, they have called for government intervention in the use of face recognition. This is a signal that they’ve been paying attention— and are not looking for the backlash being endured by Amazon.

Moving along to another tech behemoth dabbling in face recognition, Google’s Cloud Vision— as the name suggests—is integrated right into the Google Cloud platform.

Similar to Microsoft, Google engages with the US government, and offers a government solutions page on their site. Yet, unlike Microsoft, Google does not deny having engaged their face recognition in government surveillance. In fact, they too have come under pressure from employee protests and media backlash. In their case, Google is being asked to cease involvement in Project Maven, a research initiative intended to develop computer vision algorithms that can analyze drone footage. 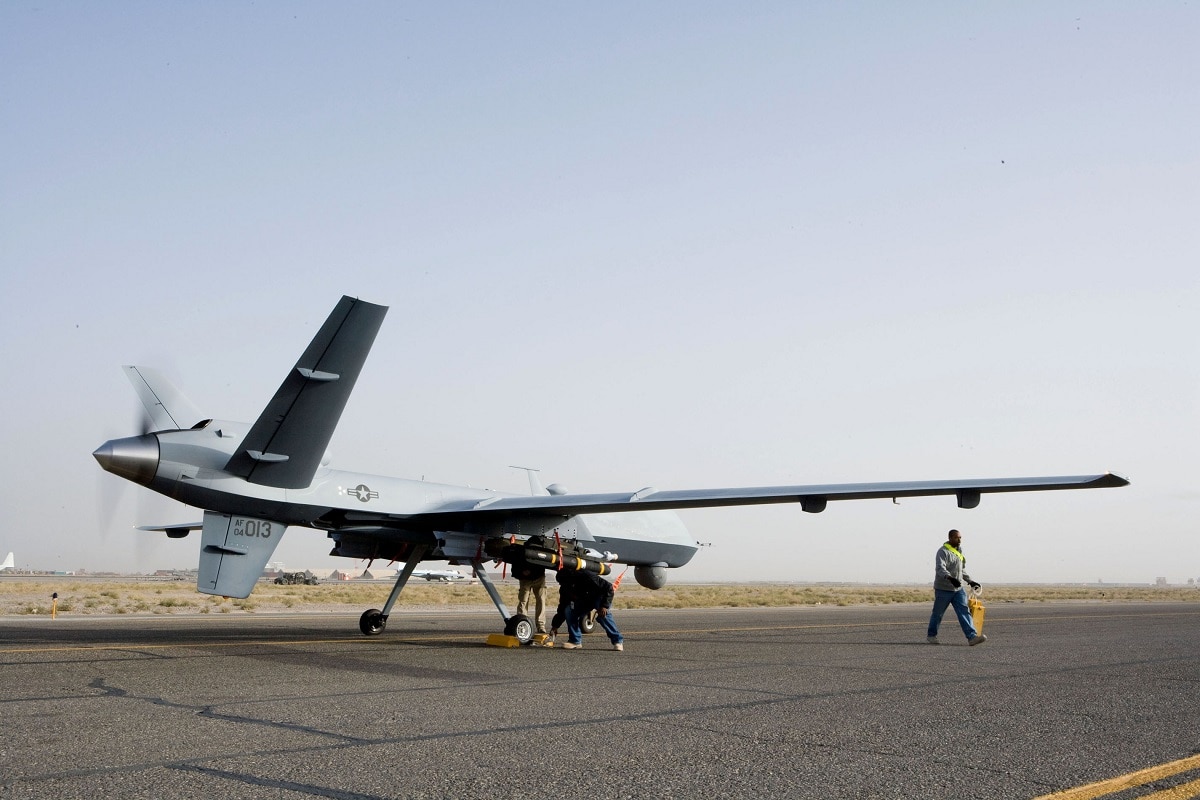 In response, Google Cloud chief Diane Greene announced in June that the company will not renew its contract with the Department of Defense , which expires in 2019. This is a positive step toward Google recognizing that they too are being watched— and making better choices around how they engage their face rec software. Although, at the moment I’m typing this— they continue to offer Google Vision as a government solution on their site. So I guess time will tell?

While Amazon, Microsoft and Google are gigantic brands with small face rec operations, the next couple of companies are exactly the opposite. Face++ and Senstime are billion dollar China based organizations exclusively dedicated to Face Recognition software development and sales— with little global brand recognition— and major leverage in the face rec world. These guys are heavy in the government surveillance game, and not at all shy about it.

If you’ve been keeping up with what China is openly using face rec to do, you know that they are in the process of constructing a massive, national surveillance network developed to advance a techno-authoritarian police state. In real life. And FACE++ and SenseTime are leading the way.

According to Bloomberg, FACE++ (also known as Megvii, Inc.), has raised about $460 million from the Russia-Chinese Investment Fund, and recently raised $600 million from Beijing based Alibaba. Their face scans— all 1.3 billion of them— are held in a Ministry of Public Security database drawn from the legal identification of Chinese citizens.

FACE++’s most direct competition and fellow Chinese face rec giant, SenseTime, was founded in 2014 and is currently the world’s biggest startup— with a valuation of $4.5 billion . Like their counterpart, SenseTime counts the Chinese government as its most visible customer— leveraging over 170 million CCTV cameras in the government’s national surveillance program. 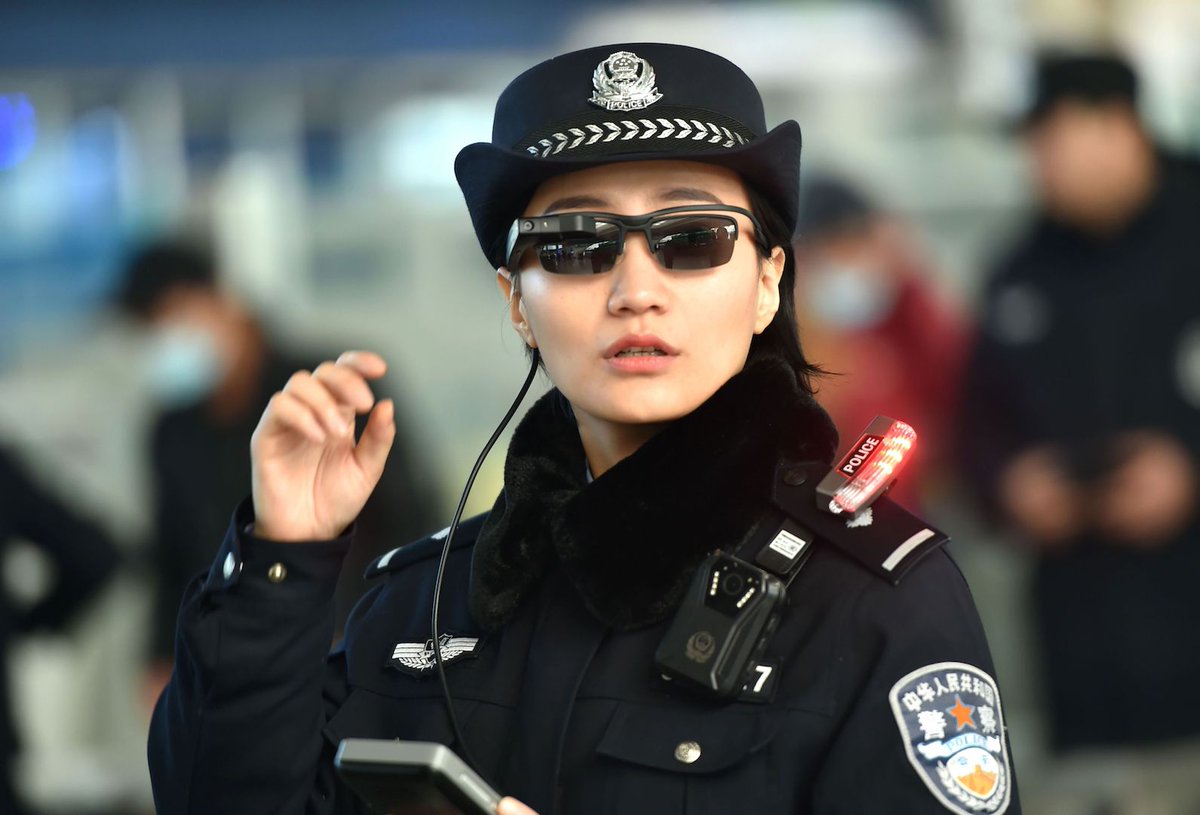 Let me start by confessing that at Kairos, we think China is fascinatingly dynamic. Their history and their culture are intriguing, and what’s more— their commitment and action toward becoming the world’s leading tech force is absolutely incredible.

That said, as amazing as FACE++ and SenseTime are—and we acknowledge that they are amazing—their marriage to their own country of origin’s national surveillance program, makes it pretty clear that they’re ok with the use of face recognition in government surveillance anywhere. And that makes us feel very uncomfortable.

It’s common industry knowledge that these companies are being heavily leveraged for China’s national surveillance program, yet they’re also involved in businesses outside of population watching— and outside of China.

Most recently, FACE++ has secured a distributor in Thailand , taking the first step in their SE Asian expansion, and entered into an agreement with tech firm Vivo to make 3D models of people’s heads. SenseTime’s intentions for expanding their global presence are also apparent— as indicated by CEO Li Xu, who says the company plans to use the capital from its series C raise to expand its presence overseas and “...widen the scope for more industrial application of AI.”

Again, we think China is awesome. But their use of face rec to police their population, is not. Companies engaging face rec providers like FACE++ and SenseTime are moving in the direction of inviting anti-privacy practices into their business— and when organizations are tasked with protecting the PII of their customers, opting not to go down that road really shouldn’t be a difficult call to make.

You heard it here first.

Having been quietly innovating in Face Recognition for more than six years— Kairos is practically grandfathered into the industry at this point. And during this time, we’ve been waiting on what we knew was an inevitable public awakening to the technology itself— yet we couldn’t have predicted the rapid, almost coinciding avalanche of a second awakening of sorts— one that’s forcing global awareness and activism around the absolute impact the technology can have on our daily lives.

We could give you link, after link, after link to articles— posted on our own blog— before the mainstream press or anyone, really, ever thought to have a discussion about face recognition— wherein we’ve been completely realistic, and publically honest about the need for improvement in algorithmic bias in the industry.

At Kairos, we want to present to our existing and future customers, employees, and investors the most honest, 360 perspective we can— even when it’s uncomfortable, because we respect them— and perhaps more importantly— we respect the technology and its capabilities.

For us, being socially conscious of how we engage our software has been more of a hardship than not— and we’re proud that it sets us apart from many of our competitors, even when it makes growing our business more difficult.

Ultimately, we stand by our position that today, face recognition has no place in government— and we’re confident that we will come out on the right side of history!

Comparison 2.0: How the top Face Recognition providers come through on the tech

The following matrix is inspired by the conversations and feedback we’ve had with our own customers over the last couple of years, as well as publicly available information from the featured companies' marketing documentation.